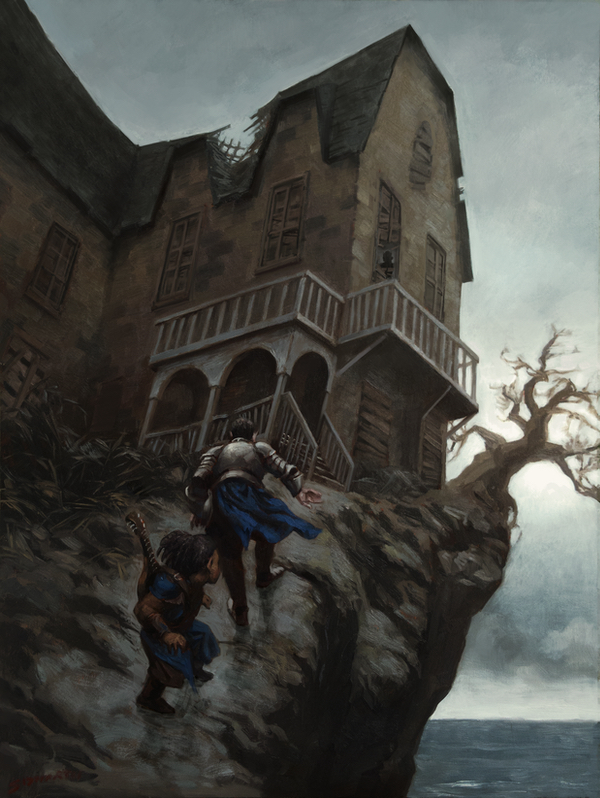 Session 2:
The caves below

Upon their return to the "haunted" house, the adventurers learned that the ghosts were actually spells set to scare off intruders. They made their way into the cellar where they were confronted first by rot grubs and next by smugglers. The former turned out to be the more difficult opponent. Emboldened by defeating the leader of the smugglers, Sanbalet, the party cleared out the caves connected to the cellar. One of the smugglers, Alda, managed to escape, but didn't make it far. She crashed ashore and was rescued by a fishing boat. The crew turned her in to the authorities in Saltmarsh.

The adventurers returned to town, and report to the council what they saw. Their reputation increased with their success and the council asked for their help in tracking down the smuggling ship that would be returning to the area soon.